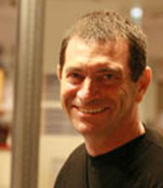 Prof. Menahem Blondheim is the head of the Hebrew University’s Communication Department and Chairman of the Smart Family Institute of Communications. A Harvard University MA and PhD, he won fellowships from the NEH, the Smithsonian Institution, the Library of Congress, and the University of Pennsylvania.

He authored numerous books and articles on communication and information technologies past and present, and has worked and consulted for central players in the media and high-tech scene.

He is also a frequent interviewee and contributor to global media outlets spanning Al-Jazeera and IBA (Israel Broadcast Authority), the AP and China’s news service.

He heads Israel’s National Library’s advisory committee on digitization, and serves as chair of the Spielberg Film Archives.

Yossi Tsuria, consultant and entrepreneur, was until recently the CTO of NDS (www.nds.com) in charge of technology and business development.

He got is MSc at Weizmann Institute and then joined NDS as one of the founders, During his long serve at NDS, he lead many digital TV revolutions, including the PVR, Advanced Security Solutions, Interactive TV and more.

As a top inventor, Yossi has more than 40 patents in the fields of security and new media. 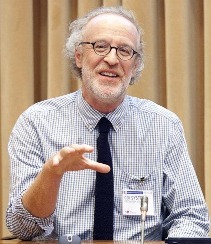 Gedaliah Gurfein comes to CDI as a proven leader and visionary in the global mobile, internet and high tech sector as well as an acclaimed lecturer, teacher and author.

Immediately prior to joining CDI as COO he was the Director of Mobile Development for the Dun & Bradstreet accelerator company, Praxis, deploying D&B apps for smart phones in the USA, China, India and Japan. He was the Director of Creative Development for IDT Entertainment, a NYSE publicly traded company. The Co-Founder of ZOW Ltd. – a company that developed the world’s first AI application for advanced telephony systems. Co-Founder of one of the world’s first mobile commerce developers, TeleVend, Inc. and winner of the prestigious DEMO GOD Award in 2000. Gedaliah was also involved in five IPOs both in the US, British, German and Israeli stock markets.

He has been a Key Note speaker at numerous technology shows around the world as well as at Harvard University and Hebrew University. Has appeared on the front page of the New York Times (Circuits), Good Morning America, Forbes, Time, Wired and many other TV, radio and print publications.